“For many years, Dr Suad Fahad Al Furaih has been fighting a one-woman war against Celiac disease. It has been a painful, challenging, frustrating battle but it’s a fight that Dr Suad feels she simply couldn’t afford to lose, for the sake of Celiac disease sufferers in Kuwait and the region, for her family, and for her own survival. Since being diagnosed with the disease herself in 2008, Dr Suad has garnered support for her awareness campaign from many sectors of the community and has an impressive list of accomplishments to her name. A mother of four who works as an IT Consultant at the Public Authority for Industry and holds a PhD in social work, Dr Suad has no formal medical training. But through her own research, first-hand experience, networking, and other activities, she has become one of the country’s foremost experts on Celiac disease. She has written several books and many articles on Celiac disease, has given scores of interviews and lectures, and is the Founder and Head of the Kuwaiti Celiac Awareness Voluntary Team at the Voluntary Work Centre. She is the Founder of the Kuwaiti Celiac Patients Support Group which provides moral support and information on the disease, and the Q8 Celiac Union Facebook group. Active in other social media fields, she also held the position of Deputy Manager of http://www.saudi-celiac.com at King Khalid Hospital King Saud University, Riyadh from 2010-2011. Admirably, Dr Suad is a Celiac disease patient who has dedicated her life to informing others about this debilitating and largely unrecognized disease, teaching them how to get diagnosis and treatment, how to cope with the condition, and how to live as normal and healthy a life as possible. If you’re like many people and have never heard of this condition, the definition of Celiac disease is an autoimmune disorder that can occur in genetically predisposed people where the ingestion of gluten leads to damage in the small intestine. That means when people with the disease eat gluten, a protein found in wheat, rye, and barley, their body mounts an immune response that attacks the small intestine and sharply reduces the body’s absorption of nutrients from food. What does this mean in actual symptoms for the sufferer? In Dr Suad’s case she experienced everything from excruciating abdominal pain, weight loss, and weakness to brittle and ingrown fingernails and hair loss. “I was so exhausted, I couldn’t stand up straight, I could hardly walk, and I could no longer climb stairs at all. My hair was falling out in big bunches when I took a shower, it was so scary,” she says. Other symptoms include mouth sores, teeth and gum problems, skin rashes, bloating, nausea, diarrhea, depression, anxiety and irritability, joint pain, and headaches. If left untreated, Celiac disease can lead to many other serious health problems including Type 1 diabetes, anemia, osteoporosis, attention deficit disorder, vitamin and mineral deficiencies, infertility and miscarriage, neurological conditions like epilepsy, migraines, epileptic seizures, dementia and neuropathy, pancreatic insufficiency, gall bladder malfunction, intestinal lymphomas and other gastro-intestinal cancers. “Celiac disease is the cause of so many different symptoms and medical problems that if someone is suffering from unresolved conditions, it’s worth being tested for Celiac disease,” Dr Suad sumarises.

For Dr Suad, a diagnosis of the disease was to take ten painful and exasperating years. “I went from one doctor to another and did so many tests and procedures but no one had a clue what was wrong with me. By Ramadan of 2008 I was so sick I could hardly move. Finally, a doctor of gastroenterology carried out a blood test which came out positive for Celiac disease. He followed this up with an endoscopy that confirmed the diagnosis.” According to Dr Suad, the blood test, which checks for certain antibodies in the blood, is 92-98 percent accurate in diagnosing Celiac disease. In order to be effective, the follow up endoscopy must also be carried out by a doctor well-versed in diagnosing Celiac disease as several samples need to be taken from the small intestine during the procedure. “Celiac is a spotty condition, so if the doctor takes just one sample from the small intestine he may be taking it from an unaffected area,” Dr Suad explains. “Also, in order to be accurate, the tests for Celiac disease should be done before the patient begins a gluten-free diet. Once diagnosed the Celiac disease patient will be put on a gluten-free diet and will have follow-up blood tests but there is no need for another endoscopy.” Dr Suad recalls being shocked and confused when she was diagnosed with Celiac disease and her mind was full of baffling questions. “I was thinking, ‘How did I get this condition and why do I have it all of a sudden when I’ve been eating bread, pasta, and baked goods all my life? Will I be alive to see my children grow up? How will this affect my family? How many other people are there in Kuwait and the region who are suffering from this disease but don’t know it?’” She plunged herself into researching Celiac disease with the aim not just of helping herself but of aiding other sufferers. “I felt that Allah had chosen me for a very specific mission. I knew I had to do something for people like myself in Kuwait and all over the Arab world where this disease is relatively unknown,” she says. She founded Internet groups in Saudi Arabia, where a study had already been conducted showing that 2.2 their population has been diagnosed with Celiac disease. “I knew there must be huge numbers of undiagnosed sufferers so I started a Facebook page and an Instagram account and began answering questions. At the end of 2009 I began a Celiac awareness campaign in Kuwait and began publishing lots of information about the disease. I made brochures and asked patients not only to distribute them to their family and friends but also to leave them at clinics and give them to their doctors,” says Dr Suad. Among the books Dr Suad has written about Celiac disease is the first children’s story book in Arabic to help mothers explain the disease to their children. Five other stories she wrote for children can be seen on YouTube. She also wrote a book in Arabic aimed at helping teenagers cope with the disease. “It’s a particularly difficult disease for teenagers because they just want to go out with their friends, have fun, and eat what everyone else is eating and not be different,” she remarks. In her book, “My Life with Celiac” she shares her personal experiences and how she manages to stay healthy in spite of the condition. The book has had a tremendous effect on those who suffer from the disease, with many referring to it as their “life directory.” All of Dr Suad’s books contain tasty and easy-to-prepare recipes with safe ingredients, read more here


80-100%of celiac patients were diagnosed in children with typical celiac symptoms in countries like Kuwait,
said Butterworth-Heinemann

Many studies referred to the rise of celiac in Kuwait and ME as follows:

Celiac disease in the developing countries: A new and challenging public health problem
Celiac Disease: A Challenge for All Physicians 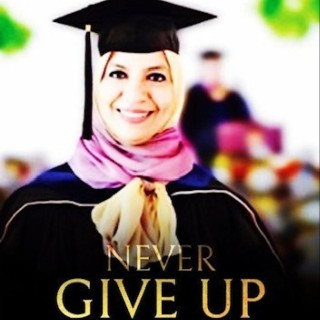